To share your memory on the wall of Larry Reed, sign in using one of the following options:

Larry is survived by his brothers, Bill (Ann) Reed and Joe (Kathy) Reed, as well as his brother-in-law Glenn Todd and numerous nieces, nephews and extended family.

He was preceded in death by his parents, his wife Janice as well as his sister Janis Haeberle.

Larry’s wishes were to be buried in the Monte Vista Cemetery with his wife Janice. A private graveside service will be held. In lieu of flowers, contributions are suggested to the Trinidad Nursing Program and may be made in care of the funeral home office. To express condolences, please visit www.rogersfunerals to leave a condolence for his family.

Receive notifications about information and event scheduling for Larry

We encourage you to share your most beloved memories of Larry here, so that the family and other loved ones can always see it. You can upload cherished photographs, or share your favorite stories, and can even comment on those shared by others.

Posted Apr 18, 2020 at 09:24am
I am David Stone. I grew up on the farm next door to Larry when he first came to the Valley. My family and I enjoyed his company through the years. Larry helped us out the year my dad had a heart attack. I worked for him one year during potato harvest. Thank you, Larry, you did good and got it done.
Comment Share
Share via:

Posted Apr 17, 2020 at 02:08pm
This past December/January I got to visit with Uncle Larry on the phone. It was so good to connect with him. We reminisced over memories I had as a young kid visiting him on the farm. We talked a couple more times, his voice was as I remembered it and we had some good laughs together. I will miss his voice and laugh. May he rest in peace with our Lord now.
Christine (Reed) Anderson
Comment Share
Share via:
YC

Posted Apr 17, 2020 at 12:29pm
I knew Larry thru his wife Janice whose hair I did for 30 years!What a wonderful generous man! As Janice health declined I was so impressed by the way he lovingly cared for her!He brought her to her weekly appointment and as her speech declined he and I would have long visits while I was fixing her hair!He was such a interesting, intelligent man!I learned about his childhood in Wyoming and his college days!Janice and Larry had such a loving marriage,the kind that most people dream of..it does my heart good to know they are back together in heaven !Rest in peace and it was a privilege knowing both of you!
Comment Share
Share via: 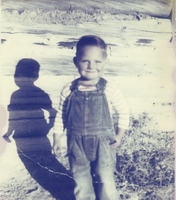