To share your memory on the wall of William Rogers, sign in using one of the following options:

Print
William Russell Rogers (83), better known as “Bill”, finished his earthly journey and passed away peacefully on Wednesday, June 3, 2020. He was living at Price, UT at the time of his passing.

Bill was born the 2nd of five children o... Read More
William Russell Rogers (83), better known as “Bill”, finished his earthly journey and passed away peacefully on Wednesday, June 3, 2020. He was living at Price, UT at the time of his passing.

Bill was born the 2nd of five children on September 20, 1936, in Alamosa, CO to Walter Russell Rogers and Vera Florence Crowther. He lived in Carson, NM until he was 10 years old when they moved to Nortonville and then to Sanford CO. He lived all of his married life in Alamosa, CO.

Bill married Mary Jane Thomas on December 12th, 1958 in the Mesa, Arizona temple where they were sealed together for time and all eternity. From that point on, life for the two became a roller coaster adventure of happiness, children, grandchildren, difficult times, church work, farming, and most of all just plain fun. He worked for several years at Haynies’ Auto Parts; then made a career as foreman at Grower Shipper Potato Co. in Monte Vista where he retired more than thirty years later.

He was a builder: he built an addition to his house on Brown Street and later a house on his ranch. He and Mary are the parents of four boys and one girl. They were his life and all that he did, he did for his family.

Bill began working with the Boy Scout troop that was sponsored by the Alamosa 1st and later the 2nd Ward for over 40 years. He led them on many 50 milers, camp-outs, and at least one canoe trip. He was a scout and a pioneer as he guided many young men through their teenage years.

Bill was an active member of the Church of Jesus Christ of Latter-Day Saints where he served and fulfilled many church callings. In 2003, He and Mary Jane were called to serve in the San Salvador, El Salvador Mission. They spent 18 months serving the people there.

Bill and his wife enjoyed square dancing. They were members of Squaws and Paws square dance club for over 25 years. He was always very friendly. All those who knew him at the Heirloom Inn would often comment, “I wish I had known him when he was younger, he is so clever and witty.”

He was very generous with all that he had giving aid to many both friends and strangers. He never turned a blind eye to those who were in need.

Those wishing to leave online condolences, tributes and words of comfort for the family may do so by visiting www.RogersFunerals.com
Read Less

Receive notifications about information and event scheduling for William

We encourage you to share your most beloved memories of William here, so that the family and other loved ones can always see it. You can upload cherished photographs, or share your favorite stories, and can even comment on those shared by others.

Posted Jun 09, 2020 at 01:16pm
My husband, Joel, and I have been friends of Bill and Mary Jane for many years. I treasure those memories. Bill was a very kind and gentle man, very devoted to his family, and his Savior Jesus Christ. He was always so friendly. His work ethic was amazing. May God bless all of his family and loved ones at this time. He left a great legacy for all of his posterity.
Comment Share
Share via:
R

Posted Jun 08, 2020 at 03:35pm
We were so blessed to have known Bill and his family. He was one of the best and so dedicated to the Boy Scouts of America, almost as much as he was to his sweet family. He left such a legacy, so glad we were a part of their lives from time to time and in church. Blessings to the family. Your Dad, Grandpa and Great Grandad was a man to be proud of.
Comment Share
Share via: 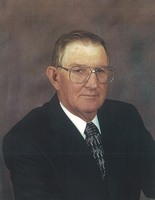