To share your memory on the wall of William \"Bill\" Gallagher, sign in using one of the following options:

Bill enlisted in the United States Navy in July 1942. Commissioned an ensign, he subsequently was promoted to lieutenant junior grade and then to lieutenant. Because he had sailing experience on his grandfather’s 40-foot schooner before the war, he was given command of the USS Romain (IX-89, an 84-foot schooner) and later the USS Saluda (IX 87, an 89-foot Yawl), both of which carried out submarine patrols and other duties between Florida and New England in 1942-45.

Although Bill never saw combat during the war, he did have memorable experiences. Near Cape May, New Jersey, on the night of May 8, 1945 (the date of Nazi Germany’s capitulation), a U-Boat surfaced 100 yards from the Saluda, and the two vessels exchanged messages with flashers. The next morning, the submarine was gone. Bill soon learned that a German submarine had surrendered at Cape May later May 9 and always believed it was the same one. Transferred to the Pacific Theater in the late summer of 1945, he turned down a promotion to lieutenant commander and completed active duty in February 1946. Mustered out in San Francisco, he returned to Pasadena, where his parents then lived.

On June 16, 1946, Bill married Shirley Rose Gray at the Episcopal Church of Our Savior in San Gabriel, California. The couple, who would have a 73-year marriage, soon had two sons, Timothy Newton (b. 1948) and Gary William (b. 1950). Bill farmed in Antelope Valley and the San Gabriel Valley between 1946 and 1954. He and Shirley Rose first lived in Lancaster, then in Alhambra, and in 1950 purchased a new home in San Gabriel. Increasing land prices in California led Bill to consider acquiring a farm in Nevada, but instead he and the family relocated in the summer of 1954 to the San Luis Valley, where he and Dan Childs, an old friend from Cal Poly, managed a large land holding owned by the Chicago insurance magnate John D. MacArthur. The family lived east of Alamosa until Bill, eager to work for himself on his own farm, moved in 1957 to the Carmel District. Bill and Shirley resided in Carmel for more than 40 years, then took up residence in Alamosa in 1999.

Bill always described himself as a farmer, but he spent a great deal of his working life building things. A self-taught engineer, he oversaw construction of lettuce-processing plants in Alamosa (1956), Las Cruces, New Mexico (1959), and Center, Colorado (1962-63), and during the 1970s and 1980s built structures of various kinds in the San Luis Valley (including two homes for himself and Shirley). He developed a wide network of friends and always took an interest in real estate. A generous and knowledgeable mentor, Bill helped a number of young people begin businesses, followed their progress, and took pleasure in their successes. His children and grandchildren often spoke about the range of people who considered him a friend, including those of his own generation as well as many who were much younger. Energetic and actively engaged with life into his 90s, he announced, to the astonishment of the family, that at age 97 he intended to buy and “flip” a house. In typical fashion, he accomplished his goal.

Bill always loved horses and enjoyed flying small aircraft. An accomplished rider, he bought and sold horses as a teenager in Alhambra and participated in rodeos in California and Arizona, most often in the bull riding and bareback bronc events. At Cal Poly, he was part of the team that won the Intercollegiate Rodeo championship at Victorville, California, on April 13, 1940. The silver spurs he won on that occasion remain a treasured family heirloom. He earned his pilot’s license in the mid-1950s and over the next thirty years owned and flew, in succession, a Piper Tri-Pacer, a Mooney, and a Piper Comanche.

Bill made an indelible mark on his children and grandchildren. A great storyteller with an astonishing memory for details, he conveyed to them a huge number of sayings and anecdotes. The grandchildren compiled a list of what they called “Pappyisms,” their favorite examples of his often comical and down-to-earth sayings. On a more fundamental level, Bill taught them, by his own example, the value of hard work and of keeping your word. He had little patience with excuses and did not worry about things over which he had no control.

Bill leaves behind a legacy of friendship and accomplishment. He is survived by his son Tim and his wife Marsha, his son Gary and his partner Joan Waugh, his grandchildren William Paul (Yasuko) Gallagher, Angie (Jason) Rossback, Tami (Matt) Sliwkowski, and Marlena (Steven) Halko, and eight great-grandchildren.

Bill’s ashes will be scattered at an appropriate place by members of the family in a private ceremony.

Rogers Family Mortuary is in care of the arrangements. To leave memories and your condolences for Bill’s family please visit www.RogersFunerals.com.
Read Less

There are no events scheduled. You can still show your support by sending flowers directly to the family, or planting a memorial tree in memory of William "Bill" Gallagher.
Plant a Tree

We encourage you to share your most beloved memories of William "Bill" Gallagher here, so that the family and other loved ones can always see it. You can upload cherished photographs, or share your favorite stories, and can even comment on those shared by others.

Posted Jul 01, 2020 at 03:52pm
The Gallagher Family, I am so sorry to hear of the loss of Bill. He was a remarkable man with so many accomplishments. I thoroughly enjoyed reading both Shirley and Bill's obituaries - they both were so remarkable! Thank you so much for sharing their histories. I am sure you are as proud of them as they were of you! With sincerely sympathy, Carol Redding
Comment Share
Share via:
R

Posted Jun 30, 2020 at 07:07pm
Sending my condolences to the Gallagher family. I will miss Bill's sense of humor, directness, and encouraging support. He was an amazing man.
Rebecca Rian
Comment Share
Share via:
MS

Posted Jun 29, 2020 at 04:43pm
My condolences to the Gallagher family, Bill will be missed by so many. Growing up in Carmel I met Bill as a young boy. I remember being impressed by his skills. The man could build anything that could be imagined. From that time till just recently he always remembered me and asked about my family. I loved visiting with him about the past and his many experiences past and present. A fine Man and his family I personally am proud to have grown up around.... God Bless..... Mark W. Smith
Comment Share
Share via: 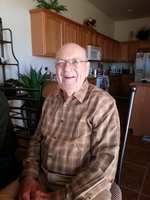 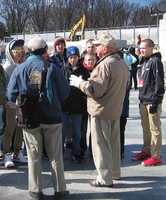