To share your memory on the wall of Wayne Thomas, sign in using one of the following options:

Wayne was born on February 16th in Alamosa, Colorado to Leland and Deanna Carter Thomas. He married his wife of more than 36 years, Debbie Baetge, on June 4, 1983 and they were sealed for time and all eternity in the St. George, Utah Temple.

Wayne worked for many years helping his family on their ranch. Following his graduation from Adams State College he became a teacher and taught for several years in Antonito, Centauri and most of his working career was spent as a teacher and coach at Sangre de Cristo School in Mosca. He coached football, basketball, and track for many years. He enjoyed every minute spent with his students and athletes. He was an avid Dallas Cowboys and BYU Football fan. His latest endeavor following his retirement from teaching was working for the Conejos County Hospital in Admissions and serving as a temple worker in the Albuquerque, New Mexico Temple.

Wayne loved horses and four wheeling about the countryside. He also enjoyed traveling with his wife Debbie and seeing all the sights. His favorite trip being his recent return to Italy where he served a two year mission for The Church of Jesus Christ of Latter-day Saints. Most importantly, he loved spending time with his family and especially his grandchildren, who he loved dearly. He was affectionately referred to by all of his grandchildren and many extended family members as “Babo”. Wayne had an interest in history and had a great deal of stories to share about history with just about anyone.

He is preceded in death by his parents Leland and Deanna and his father-in-law Howard Baetge.

Rogers Family Mortuary is in care of the arrangements. To leave online condolence, words of comfort or stories for Wayne’s family, please visit www.RogersFunerals.com
Read Less

Receive notifications about information and event scheduling for Wayne

We encourage you to share your most beloved memories of Wayne here, so that the family and other loved ones can always see it. You can upload cherished photographs, or share your favorite stories, and can even comment on those shared by others.

Posted Feb 15, 2020 at 10:55pm
My brother and I had Mr. Thomas as a teacher and our lives were changed for the better because of him. He was one of a kind and will be missed.

Posted Feb 15, 2020 at 10:56am
I feel lucky to have known Wayne and to have had my sons taught by him. My sons often commented on his class being their favorite. But, it was beyond class that made him a treasure. Please accept my condolences. The world was lucky to have him. He will be missed.
Comment Share
Share via:
AG

Posted Feb 14, 2020 at 07:56pm
Hello my name is Amanda Gomez, I want to start off by giving you my condolences. I just wanted to tell you, your husband was a amazing person and teacher he inspired me. I have never felt safe and welcome in a class room like he made me feel. Mr Thomas never put down what I said or my ideas. I would always look forward to going into his class. Mr Thomas believed in me as a student and a person, and made me believe in myself. From the first day I was in his class I felt welcomed. I got him president pezes one year for Christmas and he loved them he was so happy about them, he told me about those president after. I always learned in his class. Mr Thomas thaught me history, government and psychology. Mr. Thomas was an amazing person with a bit caring hear, and Mr Thomas was an outstanding teacher. He inspired me to be the person I am and to believe in myself. I would always talk to him at lunch and after school. About life, psychology, and government. Your husband believed in me in school and that's just what I needed was for someone to believe in me and make me feel like I'm in a safe environment. He was one of the best teacher's I ever had, he was also my friend who listed to what I had to say. I am deeply sorry for the world's loss of such an amazing person. But I want you to know that Mr. Thomas touched so many young peoples hearts, and inspired them to be the best he knew they could be. I thank him for everything he brought to me and my life. He gave me a gift for graduation and I will always cherish it. Itsd a reminder everyday to give it my and if I fall to get up and keep going because there is so much to see and learn in this world. Most of all he reached me new things in every class I had. Mr. Thomas made it exciting to learn. I am so thankful for Mr Thomas. I'll never for get his story's or his smile. He showed me that good is still in the world and in people.

Posted Feb 14, 2020 at 06:28pm
150 character will never be enough to show my gratitude for Mr. Thomas. I am so sorry for your loss and I give you my condolences. He touched everyone

Posted Feb 14, 2020 at 11:07am
I am truely saddened by the loss of Wayne. He was the favorite teacher of both my boys, and I looked forward to parent/teacher conferences just to hear him tell a story. He was always so positive with us. 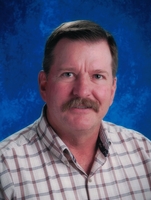 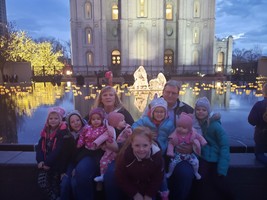 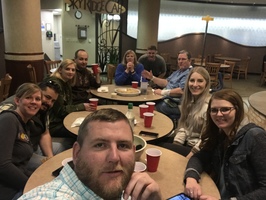 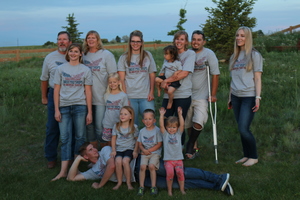