To share your memory on the wall of Richard Garcia, sign in using one of the following options:

Provide comfort for the family of Richard Garcia with a meaningful gesture of sympathy.

Richard was born February 20, 1955 at the Alamosa Community Hospital in Alamosa, Colorado to Orlinda and Bobby Taylor. Richard graduated from the South Conejos School District in 1972 and also attended Adams State College. On June 3, 1978, he married Lorraine Pacheco from Romeo, Colorado. They were married 41 years until death do them apart. Richard enjoyed spending time with his loving family and his grandchildren. His grandchildren were the apple of his eyes. These young ones are going to miss their Grandpa Ritchie(Pomps), as well as his family members, etc. Richard was an outdoor person who loved to go fishing, gardening, and his flower gardens. He had a love for birds, eagles, bears, and elk. He was a very good cook and was known for his champe jelly. Another rare love he had was to paint. His Grandma Sofia would say, he is the best painter in the world. She said those words with much pride.

A funeral mass will be held at the Saint Augustine Church in Antonito, CO at 10:00a.m. Saturday, August 24, 2019. To follow at 11a.m. will be a memorial and meal at the Donald Chavez Hall also in Antonito. Cremation was chosen and was entrusted to Rogers Family Mortuary. Interment of ashes will be done at a later date.

Posted Aug 23, 2019 at 01:42pm
I was so sorry to hear of Richard's passing. He came to our house a lot when I was growing up and was always such a nice guy. Condolences & prayers of comfort to the family. May you be blessed with comfort & sweet memories of him.
Comment Share
Share via:
TM

Posted Aug 22, 2019 at 06:30pm
To Richard's immediate family, I send my deepest condolences. To my Tía Sofía's children; Juan, Orlinda, Santiago and Tony, (mis primos) my thoughts and prayers are with you. 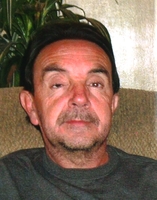