To share your memory on the wall of Myron Beckner, sign in using one of the following options:

Provide comfort for the family of Myron Beckner with a meaningful gesture of sympathy.

Print
Myron Beckner, 93, passed away on August 10, 2019 at the Colorado State Veterans Center at Homelake. He was born on October 3, 1925 in Greenville, Ohio to Elias and Virginia (Kinsley) Beckner.

He started farming at a young age, in Ohi... Read More
Myron Beckner, 93, passed away on August 10, 2019 at the Colorado State Veterans Center at Homelake. He was born on October 3, 1925 in Greenville, Ohio to Elias and Virginia (Kinsley) Beckner.

He started farming at a young age, in Ohio, until he was drafted at the age of 18. He served in the 84th Infantry (Army) Division as a combat medic and a message runner in the Battle of the Bulge. After returning home to Ohio from the service, he met Pauline Angle at a church young people gathering and they soon married on February 7, 1948. He farmed and did carpentry work in Ohio until 1964, when health problems caused a move to Arizona, where he went into the construction business. In 1975, Myron and Pauline moved to the Bowen Community, where he partnered with his son Terry in farming. In later years, he worked for VanIwaarden Construction. In his “retirement” years he built high quality furniture, clocks and so much more.

Myron loved his sweetheart wife of 71 years, farming, carpentry, fishing at Santa Maria Reservoir, hunting and of course spending time with his grandchildren, great grandchildren and his son and daughter.

Myron was preceded in death by his parents and his brother Russell Beckner.

A graveside service will be held at 10:00 am on Wednesday August 14, 2019 in the Veterans Section of the Alamosa Cemetery. In his memory, contributions are suggested to the Colorado State Veterans Center at Homelake or to the Alamosa Veterans of Foreign War and may be made in care of the funeral home office. To express condolences, please visit www.rogersfunerals.com

We encourage you to share your most beloved memories of Myron here, so that the family and other loved ones can always see it. You can upload cherished photographs, or share your favorite stories, and can even comment on those shared by others.

Posted Aug 13, 2019 at 03:13pm
Oh, how often over the years have I thought of the Beckner family. What a wonderful long marriage with time to love and be loved. My love to you, Pauline, and all the family. I am Willard and Ruth's daughter. I remember Terry playing with Kenton. A long time ago with loving memories that carry on to this day. Embracing you all with love.
Comment Share
Share via:
WA

Posted Aug 12, 2019 at 01:49pm
Aunt Pauline and family,
Sure are thinking about you this week! Would be nice to be there. It has been too long since we have seen any of you. We are just too busy. I still want to get out there and soon. If you would of told me 60 years ago we would lose contact with our cousins we wouldn’t have believed it.
Our Love
Bill&Marla
Comment Share
Share via: 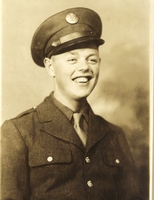 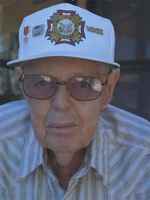