To share your memory on the wall of Michael Trent, sign in using one of the following options:

Mike had a wonderful childhood in Manassa playing with cousins and friends. He graduated from Manassa High School in 1960 and then served a mission for the Church of Jesus Christ of Latter-Day Saints in the Western Central States. While there, he developed a love for Jackson Hole, Wyoming, and the Tetons and returned to visit many times during his life.

Mike married Teri Martin in 1967, and they were sealed for time and eternity in the Provo Utah Temple in 1984.

After his mission, Mike graduated from Adams State College with a degree in chemistry and taught school in Antonito for several years. He also owned and ran the Pine Theatre and Mike’s Café in Manassa as well as Triple T Footwear in Alamosa. Among all his professions, he said he liked the theater business best.
Mike was fascinated by TVs, computers, and everything electronic. Because of his ability to fix anything, he was much in demand and always available for those who needed help. He loved people and always enjoyed socializing. He spent many hours flipping hamburgers at the Manassa Pioneer Celebration, was a member of the Manassa Fire Department for 37 years, and served as both fire chief and mayor of Manassa. He loved music, especially classic country, and always enjoyed dancing.

An active member of the Church of Jesus Christ of Latter-Day Saints, Mike served in many positions in his lifetime. Some of his later years were spent working as a custodian for the Church, and he devoted many hours to cleaning as well as mowing lawns and tending grounds.

Mike was preceded in death by both his parents and a brother, Thomas Patrick Trent. He is survived by his wife Teri and daughter Randi Caldon, both of Manassa; two granddaughters, Katelyn (Brandon) Buhr of Hawaii and Karley (Tristen) Crowther of Monte Vista; a brother, Jerry Trent of Manitou Springs and Manassa; and many cousins, nephews, nieces, and friends.

Rogers Family Mortuary is in care of the arrangements. To leave online condolences, tributes and words of comfort for the family, please visit www.RogersFunerals.com
Read Less

Receive notifications about information and event scheduling for Michael

We encourage you to share your most beloved memories of Michael here, so that the family and other loved ones can always see it. You can upload cherished photographs, or share your favorite stories, and can even comment on those shared by others.

Posted Aug 14, 2020 at 07:12pm
If Mike Trent was your friend, it was for life. Mike had a particular talent for how to be of real service. To Teri and the family, please accept condolences from Kelly and Lynette.
Comment Share
Share via: 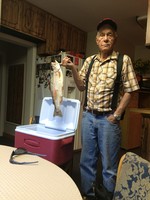 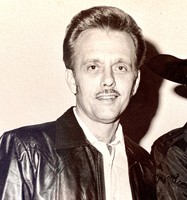