To share your memory on the wall of Dorothy Pearsall, sign in using one of the following options:

Provide comfort for the family of Dorothy Pearsall with a meaningful gesture of sympathy.

Dorie has come to a crossroads in her genealogy research where there were no longer written records. She received an offer she couldn’t refuse, and she wanted us to kno... Read More
Monte Vista, CO resident Dorothy Lee Pearsall, died June 9, 2019.

Dorie has come to a crossroads in her genealogy research where there were no longer written records. She received an offer she couldn’t refuse, and she wanted us to know that her work here is done. This offer is one in which she will not be returning to us, but waiting for us to return to her. The offer came with a huge sign-on bonus, to meet her ancestors in person, have a reunion with the family and friends that she has not seen in quite some time. Her new found research has taken her to a beautiful place where she is socializing, dancing, playing the organ, and reading to her heart’s content. A place where music and laughter and love is guaranteed.

A lesson Dorie left to those she loved are always treat people with kindness. She was always saying “Do unto others as you would have them do unto you.” “If you don’t have something nice to say, don’t say anything at all.” She was a great Woman, Daughter, Sister, Mother, Grandmother, Great Grandmother, Great Great Grandmother, Aunt, Cousin, Friend and Teacher. A woman with a thousand stories. She led a good and honest life. Her death was quick-unexpected even-she wasn’t bedridden, not even for a day. She is now in a place where souls and angels reside, and she can truly be immortal and continue to watch over us all.

Dorothy (Dorie) Lee Streeter Pearsall was born January 2, 1931 to the late John Corydon Streeter (Bongie) and Blanche Evalyn Wartman Streeter in Dodge City, KS. She moved around a lot as a child, but her junior year in High School she moved to Monte Vista, CO where she graduated in 1949. She went on to college in Greeley, CO. Joined in marriage to William Eugene Pearsall on July 6, 1950 in Taos, NM.

She was Co-Owner of Gibson’s in Monte Vista and Alamosa as she raised her family and took classes at Adams State. She played the organ at the United Methodist Church for 30 years and played for hundreds of weddings and funerals. She took over her father’s research of the family history when he passed and became a pro at genealogy. Dorie was better versed on the bible than some pastors and was always searching for the answers. She began playing the piano at age 6 and as her daughter Sandy would say she spoke a foreign language when it came to music. She would sit down at the piano and play everything that she could find. She LOVED Chopin, Sousa Marches and anything by Grieg. At 16 she memorized “To Spring” and “March of the Dwarfs” by Grieg for her piano teacher Mrs. Holberg in Chicago. Mrs. Holberg was blind and had taught at the Music Conservatory in Chicago.

Dorie was involved in several community organizations over the years. Ski Hi Stampede, Bridge Club and Rummage Sales at the Church.

She is preceded in death by her parents, Cord and Blanche Streeter, Husband, Bill Pearsall, Grandson Brian Hartzell, and great grandson’s Jordan Pearsall and Kathan Bridge.

A celebration of her life will be Friday June 21, 2019 at 10:00 am at the United Methodist Church in Monte Vista. Inurnment to follow at the Monte Vista Cemetery.

To plant a memorial tree in honor of Dorothy Pearsall, please visit our Heartfelt Sympathies Store.

Receive notifications about information and event scheduling for Dorothy

We encourage you to share your most beloved memories of Dorothy here, so that the family and other loved ones can always see it. You can upload cherished photographs, or share your favorite stories, and can even comment on those shared by others.

Posted Jun 20, 2019 at 01:38pm
So sorry for your loss. I still have the hymnal Dorothy gave me when I wanted some 'good ol' protestant' hymns. RIB sweet lady. Deacon Don and Mary Lamb
Comment Share
Share via:
VM

Posted Jun 14, 2019 at 10:55am
Dorie contacted me via Facebook after my mother, Connie Streeter Sickbert’s death, who was Dorie’s 1st cousin. She was needing updated information for the ancestry record for the Streeter Family. We subsequently talked on the phone and caught up on the happenings in both our immediate families. Dorie was determined to keep our ancestry records updated. I admire her dedication and wish I would of known her sooner. May God hold you all in his perfect peace as you travel the road of grief.
Comment Share
Share via: 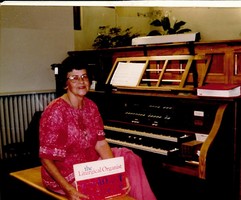 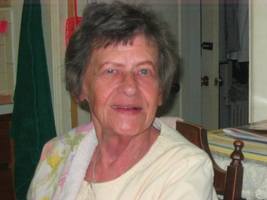