To share your memory on the wall of Billy Bond, sign in using one of the following options:

The mantra that Bill lived by was “making things grow”, which could be seen in so many facets of his life, whether it was on the farm, always looking for new ways to make crops produce to the best of their ability or working in his garden and attempting to grow things which were not really meant to thrive here in the San Luis Valley. Bill also took the time to grow in faith, through service to others, immersing himself in the scriptures and worship with his wife Pauline and later in life watching numerous Christian services and programs from his home. He enjoyed watching sports on television, as well as following his children and grandchildren in their sports endeavors. Along with Pauline, he loved decorating their home for the Christmas holidays.
Bill is survived by his children, Billy Jr. (Kathleen) Bond, Ronald, (Moe) (Mary) Bond, Pamela (Jan) Klecker and Paula Bond, his grandchildren, Lindsey (Erin) Powis, Whitney Bond, Steven Bond, Shelley Bond, Brian Bond, Stephanie Klecker, Adam (Stephanie) Klecker, Jessica (Daniel) Godwin and great grandchildren, Owen, Quinton, Regan and Camden Powis, Mason and Jaxon Klecker and Elias Godwin, his brother Jim (Sally) Bond, sister-in-law Marian Bond, sister-in-law Annette (Ron) Hankins, and brother-in-law Eldon Myler, as well as numerous nieces, nephews and extended family.

He was preceded in death by his wife Pauline, his parents, his brother Marvin “Tobe” Bond, Pauline’s parents, LP and Lena Heavner, and sister-in-laws Barbara Heavner and Jeannette Myler.

A funeral service will be held at 10:00 am on Saturday August 10, 2019 at the Valley Church of the Nazarene. A visitation will be held from 5:00 pm to 7:00 pm on Friday evening at the Rogers Family Mortuary in Monte Vista. Interment will follow services in the Monte Vista Cemetery. Contributions are suggested to The Rio Grande Hospital Foundation or to La Puente and may be made in care of the funeral home office. To express condolences, please visit www.rogersfuneral.com

Receive notifications about information and event scheduling for Billy

We encourage you to share your most beloved memories of Billy here, so that the family and other loved ones can always see it. You can upload cherished photographs, or share your favorite stories, and can even comment on those shared by others.

Posted Aug 06, 2019 at 02:36pm
Condolences to your entire family. I will never forget your family or the beautiful Christmas decorations shared and so appreciated. Terry (Steffens) Stults
Comment Share
Share via:
RL

Posted Aug 02, 2019 at 05:11pm
Moe and Mary, we are sorry to hear of your loss. I know these are difficult times but God will sustain us. Blessing Randy and Brenda Laney
Comment Share
Share via: 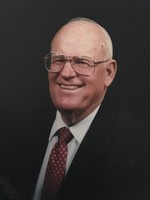