To share your memory on the wall of Wilma Riggenbach, sign in using one of the following options:

Wilma’s parents, Walter and Leota Dady, who predeceased her, moved from California to the farming community of Center, Colorado when Wilma was a very young child, and she remained there throughout her school years, graduating from Center High School in 1944. She attended Colorado State University for a year, then returned to Center where she met her future husband, Harry F. Riggenbach, while working at Center’s First National Bank. They were married in 1948 and lived the majority of their 44 years together in Alamosa until Harry’s death in 1992. Wilma was a long-time member of the Alamosa Presbyterian Church and an employee of the Alamosa State Bank.

In addition to her daughters, Kay Riggenbach Ozanne (Hal) of Broomfield and Karen Riggenbach-Vaughn (Tom) of Denver, Wilma is survived by her two younger siblings, Gordon Lee Dady (Mae) of Lakewood and Eloise Dady Blevins of Alamosa. She was deeply loved by and is survived by four grandchildren, Michelle Jones of Lakewood, Mark Jones of Monte Vista, Connie Ozanne Avalos (Darin) of San Marcos, CA and Jason Vaughn of Denver as well as her great grandchildren, Kalen Jones and Haley Jones-Nelan, Tucker and Payton Jones and Cooper and Callie Avalos. Along with her immediate family, Wilma will lovingly be remembered by her many nephews and nieces and extended families, along with Shawna Jones, the mother of Tucker and Payton Jones.

Funeral arrangements are being handled by Rogers Family Mortuary. Because of Covid, the service will be limited to family. She will be interred in the Alamosa Cemetery with her husband. In her memory, contributions may be made to the Alamosa Presbyterian Church or the Alzheimer’s Association, Colorado Chapter. To express condolences, please visit www.rogersfunerals.com
Read Less

Receive notifications about information and event scheduling for Wilma

We encourage you to share your most beloved memories of Wilma here, so that the family and other loved ones can always see it. You can upload cherished photographs, or share your favorite stories, and can even comment on those shared by others.

Posted Nov 23, 2020 at 09:27pm
Dear Kay and Karen and families,
I want to express my sympathy to you for the loss of your Mother. She was always a sweet and kind person to visit with. I know she leaves a void in all of your families hearts which time will have a gentle way of healing and leaving you with precious memories.
May God bless and comfort you during this time.
Sincerely, Linda Johnson
Comment Share
Share via:
MC

Posted Nov 23, 2020 at 12:19pm
Kay, Karen and families,
I was so sorry to hear about your mom. I know she has struggled these past few years and that is hard on everyone. She was such a special lady and I always enjoyed seeing and visiting with her. Please know you are all in my thoughts and prayers. I know that your wonderful memories and the love of each other will help you through the difficult days ahead.
Sincerely,
Mary Cline
Comment Share
Share via:
DC

Posted Nov 22, 2020 at 12:52am
To Kay and Karen, I was so sorry to read of Wilma's passing. She was a special and dear friend to me in the '70's and 80's when working with her at Alamosa National Bank as well as a Presbyterian Church family friend. I have thought of her often and her kindness. I know she so loved her family.

Posted Nov 20, 2020 at 04:25pm
I am so sorry to hear of Wilma Jean's passing (yes, she was always Wilma Jean to my family). She was always a part of our family because she graduated from Center High School with my mother (Ruth Felix Bevan). I remember many times driving to Alamosa so Mom & Dad, Wilma Jean & Harry could spend time together. I remember playing with Kay & Karen (who are so close to my sister Marilyn & my age). Those were good days & good times with good friends. Wilma Jean was so very special. I know she will be missed by all.
Wanda (Bevan) Couzens-Smith
Comment Share
Share via: 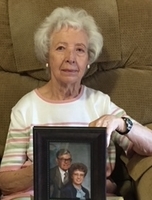 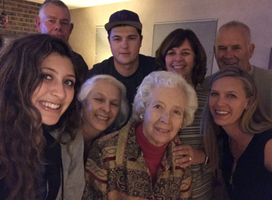 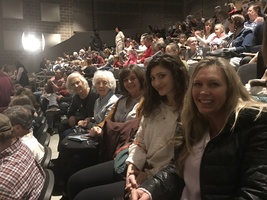 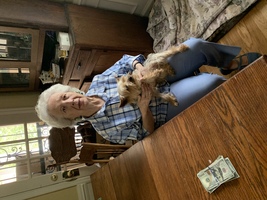