To share your memory on the wall of Wilma Flores, sign in using one of the following options:

She was married in La Jara, Colorado to Kenneth Edwin Guymon and together were blessed with five children. They were sealed in the Salt Lake City Temple of the Church of Jesus Christ of Latter-day Saints for all time and eternity. She later married Isaias Flores in Conejos, Colorado.

She was an avid member of the Church of Jesus Christ of Latter-day Saints and enjoyed her many callings including the All Day Relief Society. Wilma volunteered on the Board of Blue Peaks in Alamosa as well as numerous other community contributions. She made many quilts and was an excellent seamstress.

Wilma is survived by her children Carolene (Robert) Parberry of Sanford, CO, Michael (Debra) Guymon of Las Animas CO, Sandra Allaart of Alamosa, CO and Steven Guymon of Sanford, CO; her sisters Shirley Johnson and Jolene (Richard) Dutton, both of Monte Vista, CO; her grandchildren:
as well as numerous nieces, nephews and extended family and friends.

She is preceded in death by her parents, both her husbands Kenneth and Isaias, her son Martin Guymon, her brothers Jimmie Knight and Samuel Knight, and her sisters Lucy Jane Knight and Bessie Larane Knight.

A Visitation will be held from 1-1:45 p.m. Saturday, followed by a Funeral Service 2:00 p.m., March 7, 2020 all at the La Jara Second Ward of the Church of Jesus Christ of Latter-day Saints. Interment will follow services in the Sanford Cemetery. Contributions are suggested to the La Jara LDS Church Temple Fund.

Rogers Family Mortuary is in care of the arrangements. To leave words of comfort and remarks for Wilma’s family, please visit www.RogersFunerals.com
Read Less

Receive notifications about information and event scheduling for Wilma

We encourage you to share your most beloved memories of Wilma here, so that the family and other loved ones can always see it. You can upload cherished photographs, or share your favorite stories, and can even comment on those shared by others.

Posted Mar 06, 2020 at 09:16am
Sincere sympathy to the family of Wilma. Enjoyed knowing her for many years and quilting with her for some of those
years. She was a hard worker and an inspiration. Harriet and Bob DeFreece
Comment Share
Share via: 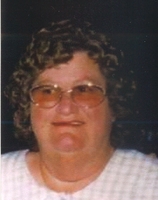