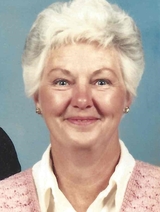 Memorial Candle Tribute From
Rogers Family Mortuary, Inc.
"We are honored to provide this Book of Memories to the family."
View full message >>>
In Memory of
Virginia Margaret
Weaver
1930 - 2016
Menu
Plant a Tree In Memory of Your Loved One
Click Here 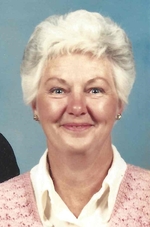 Virginia Margaret Weaver (Margaret) was born September 9, 1930 in the town of Imogene, Iowa to Flossie (Addy) Butcher and Barney Roosevelt (Colonel) Butcher. She attended Farragut High School, and Tarkio College in Missouri, before marrying Paul Weaver in 1951. Paul left to serve in the Army shortly after their wedding, and Margaret remained in Imogene until his return. As a young woman, Margaret worked in the family store in Imogene (the Addy General Store), sang with the 100 Voices Choir in Omaha, Nebraska (being at the time, the youngest mezzo-soprano to fill that position with the choir), and worked for the telephone company. Margaret loved horses and was a devoted fan of Louis L'Amour, dreaming that one day she would find her way to the Wild West. That dream came true when Paul returned from service, and moved his small family to Craig, Colorado, accepting a telegrapher position with the Denver & Rio Grande Western Railroad. Over the years, Paul became an agent for the railroad, and Margaret and Paul moved from station to station on the D&RGW line, living in Craig, Chama, New Mexico, Durango, Leadville, and eventually Alamosa, Colorado. Margaret was a member of the Alamosa Presbyterian Church and belonged to Epsilon Sigma Alpha, a philanthropic sorority (ESA). Each location brought new adventures – Margaret often volunteered for community projects, worked for a time as a clerk for the railroad, and once cooked and served enough beans and cornbread in subzero weather to feed a couple hundred people attending burro races between Leadville and Fairplay (long before the races held now became popular). She cooked and provided support for rescue crews after the Twin Lakes avalanche in 1962, and was instrumental in arranging for an excursion train that for a time ran once a year from Alamosa to the top of Cumbres Pass sponsored by ESA (which some locals may remember from that time) . In 1964, Paul and Margaret bought a farm on the 12 Mile Road between Alamosa and La Jara, and joined the Waverly Community there. Margaret spent a lot of time teaching and judging knitting for many valley 4-H youth. The remainder of her life, she enjoyed farming, her many friends, and indulging her love of animals and becoming a dedicated rescuer of strays.

Provide comfort for the family by planting a tree in memory of Virginia Margaret Weaver, please visit our Heartfelt Sympathies Store.