To share your memory on the wall of Vernon Davis, sign in using one of the following options:

Provide comfort for the family of Vernon Davis with a meaningful gesture of sympathy.

He is survived by his wife, Rosa Davis; daughters, Maryann Martinez, Debra Guymon and Janet Andasola; sons, Edward Davis and Richard Davis; as well as 14 grandchildren; and ... Read More
Vernon Davis died at the age of 85 on Saturday, April 20, 2019.

His wife of 60 years, Rosa, was always special and he took great care to make sure she was always taken care of.

He adored his family, grandchildren and great-grandchildren. He made a special purchase of a silver dollar for each of them the year they were born.

Vernon spent 23 years in the Army doing three tours in Vietnam in 1965, 1966 and 1969. He retired as a First Sargent in 1973. He was an active member of the Alamosa American Legion, serving as Post Commander for four years.

Viewing will be held Thursday night, April 25, at Rogers Family Mortuary in Alamosa from 5-7 p.m.

A graveside service will be held with Military Honors on Friday at 2 p.m. at the Alamosa Cemetery American Legion area.

Rogers Family Mortuary of Alamosa is in care of arrangements.
Read Less

Receive notifications about information and event scheduling for Vernon

We encourage you to share your most beloved memories of Vernon here, so that the family and other loved ones can always see it. You can upload cherished photographs, or share your favorite stories, and can even comment on those shared by others.

Plant a Tree in Memory of Vernon
Plant a tree 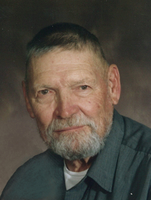