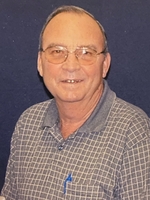 Troy Lee Witherspoon, 81, passed away December 2, 2020, at the Rio Grande Inn Care Center in La Jara, CO. Troy was born June 27, 1939, in Lubbock, Texas to Russell and Margie Witherspoon. Both parents proceeded him in death.

In 1979, Troy moved his family from Lubbock, TX, where he worked for fifteen years as an electronic technician for General Electric Company and as an electronics instructor at Lubbock Christian College, to Mosca, CO to farm potatoes, and did so until 1986. Troy then opened a used car dealership in Alamosa and sold cars for three years prior to becoming a Purchasing Agent for Rakhra Mushroom Farm. After retiring from Rakhra, Troy found more time to enjoy antique auctions, garage sales, refinishing furniture and tending to his yard.

Troy served in the United States Air Force from February of 1960 until November of 1963, finishing his tour of service in Edmonton, Canada. He was a Mosca-Hooper Volunteer Firefighter for 9 years, and served on the Sangre de Cristo School Board of Education for 8 years. Most importantly he was a member of the Monte Vista Church of Christ from 1986 until death.

Cremation was chosen and a Memorial Service will be held Monday, December 21, 2020 at 11:00 a.m. at the Monte Vista Church of Christ. Interment of ashes will take place in the Homelake Veterans Cemetery in Monte Vista. Contributions are suggested to the Mosca-Hooper Volunteer Fire Department, 5235 N. Highway 17, Mosca, CO 81146.

Rogers Family Mortuary is in care of the arrangements. To leave online condolences, tributes and words of comfort, please visit www.RogersFunerals.com