To share your memory on the wall of Shirley Gallagher, sign in using one of the following options:

Shirley Rose Gallagher died on the evening of April 15 at The Bridge in Alamosa, Colorado. The daughter of Newton Kinney and Rose Pearl (Fortine) Gray, she was born in Los Angeles on October 9, 1922, and lived in southern California during her formative years. She graduated from Alhambra High School in 1940, attended Pasadena Junior College, and, in the mid-1940s, worked as a singer and musician in the Los Angeles area.

During the final weeks of World War II, Shirley was selected to join the only USO show sponsored by the United States Navy in the Pacific Theater. Eddie Bracken headlined the show, which played to large and enthusiastic crowds of soldiers, sailors, and Marines on the islands of Guam, Saipan, Tinian, and elsewhere. Following one performance, Rear Admiral Richard Evelyn Byrd, Jr., the noted Arctic and Antarctic explorer, gave her the stars off his collar as a keepsake. She kept a diary during the tour, writing one evening: “Today at the hospital we all got to pin the Purple Heart on some fellows; it was something and a wonderful experience.”

Returning to Los Angeles from the Pacific islands in August 1945, Shirley Rose continued to perform for wounded service personnel. In December 1945, an administrator with the Red Cross Camp and Hospital Committee in Los Angeles thanked her “on behalf of the patients at the many hospitals where you have so graciously appeared. I am sure you know by now how much music means to these wounded men and how important it is that they feel we haven’t forgotten them.” Shirley cherished memories of her tour in the Pacific and of the friendships she forged, recounting the experience in a limited edition memoir titled A Never-to-Be Forgotten Adventure: Reminiscences of the Bracken Show in the South Pacific, July-August 1945. The National Archives thought her contributions significant as well, featuring a photograph of her performing with Bracken and a passage from her diary in a major exhibit of personal accounts of World War II that was created in 1992 and displayed in eleven cities across the United States.

On June 16, 1946, Shirley married William “Bill” Gallagher, another graduate of Alhambra High who had served four years as an officer in the U.S. Navy during World War II, at the Episcopal Church of Our Savior in San Gabriel, California. The couple had two sons, Tim and Gary. The family left southern California in the summer of 1954, relocating to the San Luis Valley, where they lived on a farm east of Alamosa before moving in 1957 to another farm in the Carmel District. They resided in Carmel for more than 40 years, then moved to Alamosa in 1999.

Shirley, always the gracious hostess, enjoyed a wide circle of friends who appreciated her quick wit and bridge skills. She loved art, music, the cinema, and the ocean. She especially enjoyed collecting shells during walks along beaches in both the United States and Mexico. She and Bill frequently spent winters with friends in Puerto Peñasco and other favorite places along the Mexican coast. In recent years, they enjoyed winters in Green Valley, Arizona.

Devoted to large dogs, Shirley lavished attention on the family pets that were German Shepherds and Dobermans. She also took politics seriously, participating in local and state Republican Party activities and holding organizational offices within the party. For many years, Shirley also played an active role in Child Study Club and the local Chapter AE P.E.O. Another community connection was the “Roller Roundup” that Bill and Shirley built, owned and operated for several years.

Shirley’s children and grandchildren knew her best as “Mim,” a generous, yet demanding presence who helped prepare them for life’s mixture of high points and hard edges. Her competitive nature was evident whether she was playing ping-pong, croquet, or in a game of cards or dominos.

Shirley will be remembered lovingly, and missed deeply, by her friends and most particularly by her family. She is survived by her devoted husband Bill of nearly 74 years, her son Tim and his wife Marsha, her son Gary, her grandchildren William (Yasuko) Gallagher, Angie (Jason) Rossback, Tami (Matt) Sliwkowski, and Marlena Rose (Steven) Halko, and eight great-grandchildren. At her request, a private family memorial will be held.

Rogers Family Mortuary is in care of the arrangements. To leave memories and your condolences for Shirley’s family please visit www.rogersfunerals.com.
Read Less

Receive notifications about information and event scheduling for Shirley

There are no events scheduled. You can still show your support by sending flowers directly to the family, or planting a memorial tree in memory of Shirley Rose Gallagher.
Plant a Tree

We encourage you to share your most beloved memories of Shirley here, so that the family and other loved ones can always see it. You can upload cherished photographs, or share your favorite stories, and can even comment on those shared by others.

Posted May 26, 2020 at 09:27pm
My parents greatly enjoyed Bill and Shirley's company at parties, road trips, and other adventures! I'm very sorry to hear about Shirley.
Tom Woodard
Comment Share
Share via:
LG

Posted Apr 30, 2020 at 09:24am
Shirley was a beautiful light in this world. Les and I have so many wonderful memories and loved her dearly. The world is a bit dimmer now.

Posted Apr 29, 2020 at 10:25pm
My deepest condolences; late but most heartfelt. I know that she leaves a wide gap in the hearts of many. Shirley Rose's life was enriched by not only Family but by our Military and our History forever more. Sending my prayers of comfort to the entire Family.
Comment Share
Share via:
DN

Posted Apr 27, 2020 at 04:57pm
Dear Gallaghers, what a void Shirley’s passing has created, in so many lives. Shirley and Bill have always been the “backbone of Alamosa.” They represented the calm, conservative view of their generation! Our Sunday afternoons were filled with wine, memories, thoughts and future suggestions for America. What great stories they both told - adventures that could only happen at that special time. We have shared those stories on our travels and even looked for some of their story locations.
Shirley represented the true American Woman; she stood for what she believed and did so with dignity. Shirley will live on because we hold her adventures, and stories, in our hearts.
Comment Share
Share via:
MC

Posted Apr 22, 2020 at 05:49pm
Gary, Tim, Marsha and Family,
Our thoughts and prayers are with you all during this difficult time. Shirley was a true lady and whenever I saw her she was always so pleasant and greeted me with her special smile. I know how difficult is is to lose a parent, but I know all the special memories you have will help you during the tough times. God bless you.
Sincerely,
Mary and Ric Cline
Comment Share
Share via: 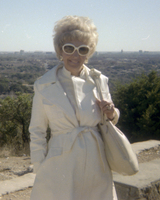 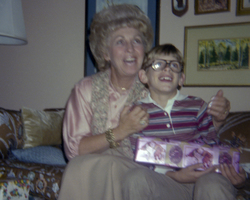 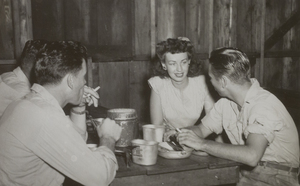