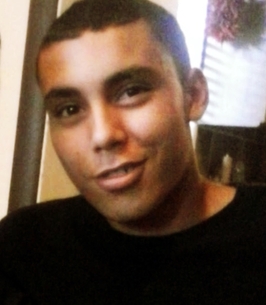 Alamosa resident Richard Angelo John Olivas, 24, passed away on September 13, 2022. He was born on December 9, 1997 in Alamosa, Colorado to William Olivas and Michelle Irene Perea. He was raised by Aaron Gonzales. Richard enjoyed listening to music, he wanted to be a rapper. He enjoyed watching the Kansas City Chiefs, riding his bike and above all spending time with his family, his nieces and his girlfriend Mikayla Carson, whom he loved dearly.

A visitation from 4:00 pm to 8:00 pm on Wednesday September 21, 2022 at the Rogers Family Mortuary in Alamosa. Cremation will follow the viewing and a private family memorial service will be held at a later time. To express condolences, please visit www.rogersfunerals.com