To share your memory on the wall of Lonna Evans, sign in using one of the following options:

Provide comfort for the family of Lonna Evans with a meaningful gesture of sympathy.

Lonna is survived by her children Carol Evans of Chicago, Jackie Gause of Seattle, Steve (Michelle) Evans of Centenial CO, Dottie (Gary Weis) Evans-Weis of Salem MO, and Frank Evans (Susanna Gross) of Del Norte CO. She is also survived by six grandchildren and three great-grandchildren. Lonna was preceded in death by her parents Laurita and Wilfred Parker, her brothers Frank Parker and Wilfred P Parker, and her daughter Ginger Evans (who died in childhood).

Cremation was chosen and entrusted to Rogers Family Mortuary of Monte Vista with a private family service to be held at a later date. If you would like to leave online condolences or tributes for the family please visit Lonna’s obituary at www.RogersFunerals.com
Read Less

Receive notifications about information and event scheduling for Lonna

There are no events scheduled. You can still show your support by sending flowers directly to the family, or planting a memorial tree in memory of Lonna P Evans (Parker).
Plant a Tree

We encourage you to share your most beloved memories of Lonna here, so that the family and other loved ones can always see it. You can upload cherished photographs, or share your favorite stories, and can even comment on those shared by others.

Posted May 05, 2019 at 05:50pm
Aunt Lonna and I shared an interest in our Peruvian family history which I later discovered. I was living in Lima for a short while in 1989 as my research job was being formulated, and a Peruvian friend helped me track down the ancestral home, which is a fascinating story in itself. We frequented the restaurant (Las Trece Monedas) a few times--the first two times before I realized it was originally our family home! Well, your Aunt Lonna got wind of this and wanted to see it for herself. Intrepid is an apt descriptive for her, I feel. I was always struck by how much I looked like her, and we probably had some personality traits in common, too. I wish we had lived closer, but then I wasn't spending much time in the U.S. I really enjoyed sharing with her. She was curious and enthusiastic and will be missed by many.
Comment Share
Share via:
LP

Posted May 04, 2019 at 08:38pm
My sisters and I didn't grow up with the Parkers, but as adults we learned of our family history, like coming into a treasure trove of unusual sagas, stories of interesting people, of foreign lands, of intelligence, of humor, and heart. Some of the Parker history came from our mother, most of what we came to know was from conversations and visits with our Aunt Lonna and our Uncle "Cookie".

Lonna Parker Evans was an informed, an intelligent, and a caring person. She had a natural curiosity and love of life. I could hear about her love of music and nature in every conversation, but most of all, her love for her children . Aunt Lonna exuded energy and good heartedness, and the love of the Parker family that she came from. I hope that she is at peace and that she is with her loving family now.

Posted Apr 18, 2019 at 05:35pm
Whenever I cook, I think of Lonna. She taught me that when you add too much salt to something, a little sugar can cancel it out.
Comment Share
Share via: 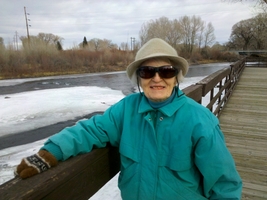 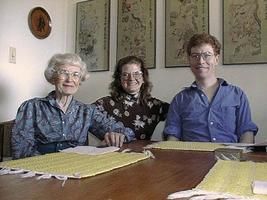 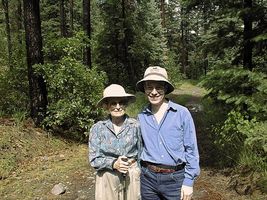 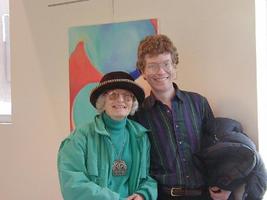