To share your memory on the wall of Lloyd Engen, sign in using one of the following options:

At a young age, Lloyd was diagnosed with Osteogenesis Imperfecta, “brittle bone disease,” and was only expected to live to be 50. He outlived that with his active lifestyle. Lloyd spent his childhood in Hatton, Northwood and Larimore, ND, and graduated from Larimore High School. His creative writing skills began to show clearly in high school. Lloyd had a beautiful tenor voice, was often in demand for a vocal performance and won awards in state vocal competitions.

He attended the University of North Dakota for one year and then took a position as a men’s clothing buyer with Johnson Store Co. in Larimore. He also started and edited a local newspaper, the Larimore Leader. Lloyd then moved to western North Dakota and started a chain of clothing stores before venturing to Colorado. Lloyd worked at Adams State for 13 years where he was the Sports Information Director and Public Information Officer.

During his time at Adams State, he graduated with a bachelor’s degree in 1987. He was a 2006 inductee into the Adams State University Athletics Hall of Fame. He went on and became the sports editor at the Valley Courier for 12 years where he was a fixture on the sidelines at thousands of sporting events in the San Luis Valley. He made it a point to get to 10 or 15 every week. He worked 14 hours most days, 19 on some and all seven days plenty of weeks. He served on several award committees including the All-Valley Football, All-Valley Cross Country and ASU Hall of Fame.

Lloyd made many friends with his work especially Damon and Konnie Martin as Lloyd drove cross-country on numerous occasions to cover the Grizzlies in their national title endeavors. After suffering a career-ending accident doing what he loved, covering a football game, Lloyd spent ten years in Fort Collins with longtime friends Ron and Holly Dea. His reach was larger than sports with his weekly column titled “Saturday’s Soap Box” and occasional tributes titled “All the Heroes I Need” that moved readers across the Valley and beyond.

He was a staple at nearly all holiday settings, from dressing up as Santa Claus and making deliveries to friends and family members at Christmas time to dressing up as Uncle Sam as he photographed and marched in the annual Fourth of July Parade and later in the evening emceeing the San Luis Valley Federal fireworks show at the Fairgrounds. He also dressed up and was known to many at Trinity Lutheran School as the Cookie Monster or Papa Smurf as he would make his yearly trip to read, hand out cookies or take a pie to the face.

When Lloyd found time, he loved to have family dinners with Joy, Anthony, Abby, Aubrey and Jarod Lucero, family dinners with Lee, Mary, Kim, Kevin and Nicole Conner and Eric Flores and family. He was an avid storyteller that made every meal last hours because his unique narration produced tears and bellyaches of laughter. He loved attending movies in the theatre every week, loved any type of music but especially that of Elvis Presley, soaking in the warm water out at Sand Dunes Recreation in Hooper and was a proud supporter of the Minnesota Vikings and Colorado Rockies.

Cremation was chosen and a celebration of his life will be planned for a later date. Condolences can be sent to Holly and Ron Dea, 1412 Salem St Fort Collins, Colo., 80525.
Read Less

Receive notifications about information and event scheduling for Lloyd

There are no events scheduled. You can still show your support by sending flowers directly to the family, or planting a memorial tree in memory of Lloyd Luther Engen.
Plant a Tree

We encourage you to share your most beloved memories of Lloyd here, so that the family and other loved ones can always see it. You can upload cherished photographs, or share your favorite stories, and can even comment on those shared by others.

Posted Jul 25, 2020 at 03:32pm
I was sorry to hear of Lloyd passing he treated my self and the city of Mott very well in business dealings. The world was better place for knowing him. Bob Eckes former Chief of Police.
Comment Share
Share via: 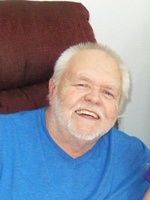 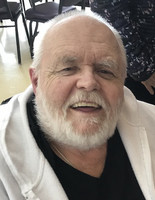 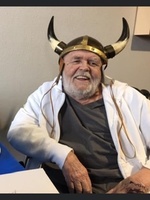