To share your memory on the wall of Joseph Goodge, sign in using one of the following options:

Joseph was a member of the Church of Jesus Christ of Latter-Day Saints and had held many callings in the Stakes, Wards and Branches in which he resided. He truly loved his Church and all the members in it. He never met a stranger, every new person he met was his friend for life and he was blessed with many. He enjoyed going with Jim Horton, all over, playing music. He played guitar and Jim played the fiddle. Joseph loved his family and was very proud of each and every one of them. He often considered himself the luckiest guy in the world.

A funeral service will be held at 11:00 am on Thursday September 12, 2019 at the Fox Creek Branch of te Church of Jesus Christ of Latter-Day Saints. A visitation will be held from 6:00 pm to 8:00 pm on Wednesday September 11, 2019 at the Rogers Family Mortuary in Manassa and prior to the service at the church on Thursday from 9:30 am to 10:45 am. Interment will follow services in the Fox Creek Cemetery. In lieu of flowers, contributions are suggested to the Fox Creek Missionary Fund and may be made in care of the funeral home office. To express condolences, please visit www.rogersfunerals.com

Rogers Family Mortuary in Alamosa is in care of the arrangements..
Read Less

Receive notifications about information and event scheduling for Joseph

We encourage you to share your most beloved memories of Joseph here, so that the family and other loved ones can always see it. You can upload cherished photographs, or share your favorite stories, and can even comment on those shared by others.

Posted Oct 08, 2019 at 10:41pm
Mr. Goodge was one of the nicest men I ever met. He was a friend of my mother, Judy Madrid and my grandfather Leo Dupont. May God bless his family and may he rest in peace.
Comment Share
Share via:
KS

Posted Sep 17, 2019 at 03:30pm
Joe Goodge was one of Heavenly Father's best men. He was a friend to everyone and his heart was full of good will. He was always quick to share his best feelings with his friends and fellow servants. Absolutely one of the best men I have ever known.
Comment Share
Share via:

Posted Sep 13, 2019 at 12:49pm
My sympathies go out to Joe’s family. I was an employee of the Forest Service working in personnel at the time when I met Joe and his trusty partner Val Gallegos. These two men were the most hardworking and the nicest men you will ever meet. You can’t say Joe’s name without Val’s being said in the same sentence. Joe always treated me like family whether he saw me in the office or in public. Rest In Peace dear friend and thank you for the years of friendship
Comment Share
Share via:
MM

Posted Sep 11, 2019 at 10:36pm
I remember the first time I met Uncle Joe I was with my Grandpa (William) and Grandma(Charlotte) Goodge at a picnic. I was about 8 years old he looked just like my Grandpa that when my Grandpa passed away I thought that Uncle Joe was my Grandpa. I Kept calling him grandpa and Uncle Joe would tell my mom "No it's ok I would be honored to be her grandpa.
I'm so sorry Auntie and the cousins for your loss. My Prayers will always be with you. I am Michael Goodge daughter. My name is Michelle and my number is 7192712631. My love goes out to the family.
Comment Share
Share via:
LF

Posted Sep 11, 2019 at 01:02am
We're grateful for the good, faithful life of Uncle Joby. We will miss him and will look forward to seeing him again. We send our Love, thoughts and prayers to Bus and family.

Lee Richardson Family purchased the PEACEFUL WISHES for the family of Joseph Goodge. 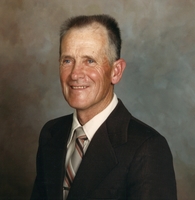 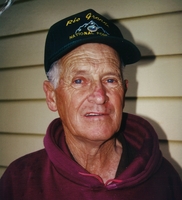 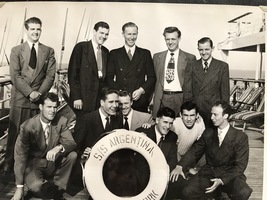