To share your memory on the wall of John Davis, sign in using one of the following options:

Provide comfort for the family of John Davis with a meaningful gesture of sympathy.

He is preceded in death by his parents Donald and Jewel; his wife Shirley; a son Mitchell John Davis; brothers Jim Davis and Michael Davis; and a sister Betty.

John's passion and love for cars started at a young age. His dad died when he was only 16 so John pursued a part time job at Vans Machine Shop to help his family make ends meet. Here he worked for Paul Stever doing small jobs around the shop. It was at this point that Johns passion and love for cars was sparked. Working hard in school and fulfilling his part time job duties at Vans took up a good portion of his time, but he still had the motivation and the drive to build things. He built his first hot rod at the age of 21. John also served his country in the United States Army Reserve. It was around this time that John met, fell in love with, and married Shirley Mayfield.

John was a brilliant man with a passion for medicine. He studied his undergraduate in pre-medicine at Adams State College and continued his doctorate at the Allied Health Sciences Center in Denver Colorado. During his medical endeavor, he realized his love was not in medicine but rather in the machine shop. He and Shirley packed up and moved back home to the San Luis Valley. John soon bought Vans Machine Shop from Paul with only 11 dollars and a genuine hand shake. He owned Vans for 20 plus years making a name for himself. John worked day and night as a precision machinist providing well for his growing family. John then decided to retire from machining at Vans and sold the business to Steve Van Iwaarden and JR Olson. It was then that he took a job in the machine shop at Southway Construction. He worked for Butch Southway until he could no longer work.

John loved old cars and antiques. He truly was an American picker. He loved visiting Cole Park for the Annual Early Iron Festival and watching the slow cruise with his kids and grandkids. He had a genuine love for all animals especially his shop cats. He also loved trains. He would visit the Cumbers and Toltec in Antonito Colorado just to hear the first hoot of the steam engines as the emerged for the summer season.

John will be truly missed by all who knew him.
Read Less

Receive notifications about information and event scheduling for John

We encourage you to share your most beloved memories of John here, so that the family and other loved ones can always see it. You can upload cherished photographs, or share your favorite stories, and can even comment on those shared by others.

Posted Apr 14, 2020 at 02:47pm
I wish to extend my heartfelt condolences to John's family. He was a good friend . I would often see him at his mother's house just a block down from my home.. He was always so kind and friendly. When I lost my husband , he came to my door to express his sympathy.
Comment Share
Share via:
R

Posted Apr 09, 2020 at 11:16pm
Dear Family of John Davis. John was a man of great integrity, hard work and a love of life in his own way. He was also a poet. Several times through the years he would provide poems for special occasions to me or whomever was doing the Church New Letter. I loved reading his poems, he had such a gift. John was caring, a helping hand when needed, a man that would always be the first one to give a pat on the back or a handshake. He wasn't a man of many words when talking but his actions said so much. He loved his family, please know that. And we loved him. Our lives were made richer by knowing John, Dave knew him longer than I did but we both are sad to hear of his passing although rejoicing that he will be with Don and Jewel, Jim, Mike and Betty. God bless all of you at this time and know that his memory is a sweet precious one. Dave & Patty
Comment Share
Share via: 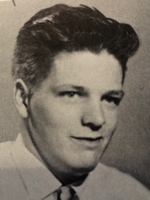 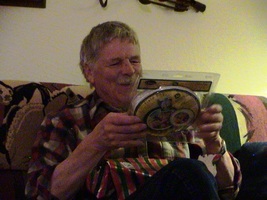 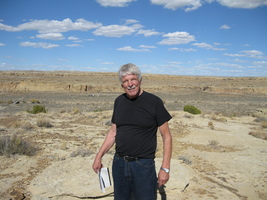 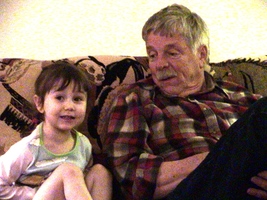