To share your memory on the wall of Joan Off, sign in using one of the following options:

Joan was born in Del Norte, Colorado on December 18, 1932 to Sam and Minnie Lee Wright, twin sister of Jean Coleen. She graduated from... Read More
DEL NORTE — Jessie Joan (Wright) Off, 87, of Pflugerville, Texas passed away on September 25, 2020.

Joan was born in Del Norte, Colorado on December 18, 1932 to Sam and Minnie Lee Wright, twin sister of Jean Coleen. She graduated from Del Norte High School in 1950.

Joan was married to the love of her life, Chester (Chet) Walter Off on May 11, 1952. They were married for 49 ½ years and raised two daughters. They also owned and operated a successful ranching business together in Monte Vista, Colorado (Off Ranches and later Rock Creek Ranch). Joan became a widow on October 9, 2001, when her beloved Chet passed away.

Joan was a member of the Methodist Church in Del North, Colorado. She also served as Worthy Advisor for Rainbow, a Masonic youth women’s organization. Joan had a passion for playing bridge, dancing, entertaining and gardening.

The family will be holding private services in Del Norte, Colorado.
Read Less

To plant a memorial tree in honor of Joan Off, please visit our Heartfelt Sympathies Store.

Receive notifications about information and event scheduling for Joan

We encourage you to share your most beloved memories of Joan here, so that the family and other loved ones can always see it. You can upload cherished photographs, or share your favorite stories, and can even comment on those shared by others.

Plant a Tree in Memory of Joan
Plant a tree 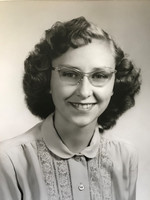