To share your memory on the wall of Guy Scheibe, sign in using one of the following options:

Provide comfort for the family of Guy Scheibe with a meaningful gesture of sympathy.

Don was preceded in death by his parents, his sister Rhonda Main, his wife and his grandchildren, Trevor and Tyler Johnson.

A funeral service will be held at 2:00 pm on Saturday September 14, 2019 at the La Jara Second Ward of the Church of Jesus Christ of Latter-Day Saints (Between Walnut & Broadway on County Rd 136 La Jara) A visitation will be held from 1:00 pm to 1:45 pm at the church prior to the service. Interment will follow in the La Jara Cemetery. In Lieu of flowers the family requests that you make a donation to the La Jara Volunteer Fire Department and may be made in care of the funeral home office. To express condolences, please visit www.rogersfunerals.com

Rogers Family Mortuary of Alamosa is in care of the arrangements.
Read Less

We encourage you to share your most beloved memories of Guy here, so that the family and other loved ones can always see it. You can upload cherished photographs, or share your favorite stories, and can even comment on those shared by others.

Posted Sep 11, 2019 at 08:10am
Thank you for the wonderful memories of Uncle Don. I love his kindness. I am so glad we got to go to the reunion in 2016 so that I could see Uncle Don. I am so glad that Aunt Saramae came to a reunion in Utah before she passed away. Because I now live far away, I really appreciated this beautiful memorial. I wish I could come to his funeral. I know his funeral will be filled with faith, family and friends. What a wonderful person! What a beautiful family!
Comment Share
Share via:
GK

Posted Sep 09, 2019 at 10:49pm
We will always remember how polite Don was to us when we went to Gibson's Service. A true gentleman. He greeted everyone with a smile and A-1 service.
We will miss visiting with Don. He and his lovely wife will now be together again.
Gene and Georgia Kuykendall, Tres Piedras, N.M.
Comment Share
Share via: 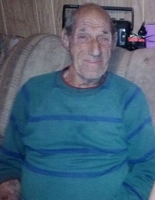