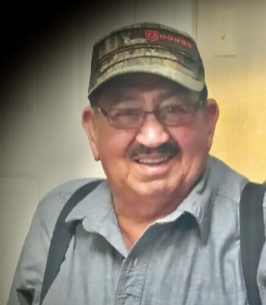 NOTICE: SERVICE TIME HAS CHANGED TO 2:00 pm at the Catholic Church in Del Norte on Saturday.

It is with immense sadness that the family of Gilbert Arellano announce his peaceful passing on Thursday, March 24th, 2022, at 81 years of age.

Gilbert was born in Tres Piedras, New Mexico on August 14th, 1940, to Cleo and Gilbert Arellano, he was the eldest of nine children. He spent most of his childhood in Denver but later moved to Southern Colorado and eventually settled in Del Norte, where he met his lovely wife Bette and quickly fell in love and married her.
Gilbert was known as the “Mayor of Chico Dr”. But when he was younger, he worked as a logger and later became a carpenter; he was a successful business owner and built several homes and a few small businesses. He loved hunting, fishing, camping, and spending time in the mountains, but he would like to be best known for, the love he had for his family.

Rogers Family Mortuary is in care of the arrangements. To leave online condolences, remembrances, and words of comfort for Gilbert’s family, please visit www.RogersFunerals.com