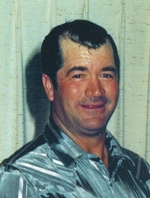 Manassa resident Freddie “Tuffy” Winters, Jr. 76, died December 22, 2020 at his home in Manassa surrounded by family and under hospice care.

Freddie was born in La Jara, Colorado on March 2, 1944 to Freddie “Ted” Winters and Eva Bailey Winters. He married Marilyn Kaye Smith on November 13, 1965 in Denver, Colorado and their marriage was sealed for all time and eternity in the Mesa, Arizona Temple of the Church of Jesus Christ of Latter-day Saints in Mesa, Arizona.

In his younger years, Freddie spent many nights tending sheep in the mountains. He served in the United States Army for a time. During his service in Germany he saved kids from a burning school bus. After his honorable discharge he moved back to the valley and worked at the perlite mine in Antonito for about 44 years. Freddie worked as an extra in the movie “Indiana Jones and the Last Crusade” and supplied horses and buggies, and “The Ballad of Gregorio Cortez” in Chama, Colorado and ”Young Guns” in Santa Fe, New Mexico. After his retirement from the mine, he enjoyed driving Amish and absolutely loved the Amish children. He also loved everything to do with horses. He traded and trained hundreds of horses over the years and sold them all over the valley and beyond. Freddie never met a stranger and was always willing to lend a helping hand by offering a ride, changing a tire or helping with a meal. He was a true adventurer and was never afraid to experience something new.

He is survived by his wife Marilyn Winters of Manassa; his daughter Tanna (Charlie) Shawcroft of La Jara, CO; his daughter-in-law Lori Winters of Manassa; his grandchildren: Michael, Brandi, Amber, Ryan, Brandon, TJ and Alicia; his great-grandchildren: Trinity, McKenna, Trenton, Ezra, Brynlee Kaye and one on the way; his sister Jolean Healey of Sanford, CO; and his brother Richard Winters of La Jara; as well as numerous nieces, nephews and extended family and friends.

Freddie is preceded in death by his parents, his son Brian Winters, his brothers John, Terry and Wynn Winters, and his sister Freada Davis.

Rogers Family Mortuary is in care of the arrangements. To leave online condolences, tributes and words of comfort for Freddie’s family, please visit www.RogersFunerals.com