To share your memory on the wall of Earl Van Treese, sign in using one of the following options:

Provide comfort for the family of Earl Van Treese with a meaningful gesture of sympathy.

A funeral service will be held at 10:00 am on Monday August 5, 2019 at the Sargent Community Church. A visitation will be held from 5:00 pm to 7:00 pm on Sunday evening August 4, 2019 at the Rogers Family Mortuary in Monte Vista. Burial will follow the services in The San Luis Valley Cemetery following the services on Monday. Contributions are suggested to the Beaver Creek Youth Camp or a charity of your choice and may be made in care of the funeral home office. To express condolences, please visit www.rogersfunerals.com

Receive notifications about information and event scheduling for Earl

We encourage you to share your most beloved memories of Earl here, so that the family and other loved ones can always see it. You can upload cherished photographs, or share your favorite stories, and can even comment on those shared by others.

Plant a Tree in Memory of Earl
Plant a tree
0 trees have been planted in memory of Earl C. Van Treese
TH

The Lorince’s and Hall’s purchased the PEACEFUL WISHES BASKET for the family of Earl Van Treese. 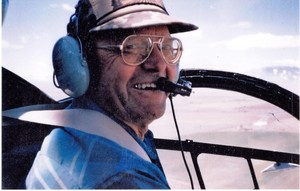