To share your memory on the wall of Doug Jones, sign in using one of the following options:

Provide comfort for the family of Doug Jones with a meaningful gesture of sympathy.

He is survived by his wife of 40 years Pam, his son Morgan of Alamosa, his daughter Saralyn Jones of Aurora, his sisters Sherry Carpenter and Marge Fox Dunigan of Canon City and his brother Jack Jones of Wheatland, Wyoming. Doug is also survived by numerous nephews and cousins. He is preceded in death by his parents Doug and Mary Ann Jones.

Services for Doug will be held on Monday July 29, 2019 at 11 A.M. at Rogers Family Mortuary chapel in Monte Vista with Burial to follow at the Monte Vista Cemetery.

Rogers Family Mortuary in Monte Vista is in care of the arrangements. To leave condolences or word of strength for the family please visit rogersfunerals.com.
Read Less

To plant a memorial tree in honor of Doug Jones, please visit our Heartfelt Sympathies Store.

Receive notifications about information and event scheduling for Doug Jones

We encourage you to share your most beloved memories of Doug Jones here, so that the family and other loved ones can always see it. You can upload cherished photographs, or share your favorite stories, and can even comment on those shared by others.

Posted Jul 29, 2019 at 12:33pm
Dear Pam, Morgan and Family,
We send you our greatest sympathy in Doug's loss. We're reminded how fragile life is. Thinking of you and wishing you strength and peace. Our belief in a better place helps calm the heart.
Our love and prayers for you,
Sharie & Ed Harmon
Comment Share
Share via: 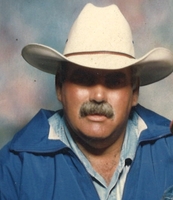