To share your memory on the wall of Claudine Wood, sign in using one of the following options:

In 1962, Arlie and Dean moved their four youngest children to Western Colorado to try to alleviate their youngest daughter’s asthma. Their oldest child, Carole, was already married, and stayed behind in Texas. In 1968, they moved to a farm in the Sargent Community in the San Luis Valley.

Arlie and Dean loved to spend time at Santa Maria Reservoir. Dean didn’t fish, but she was always ready for an adventure. In later years, they bought a Volkswagen camping van and visited all of the lighthouses on the West Coast because she loved lighthouses.

At the age of 90, Dean decided she was going to visit Ireland and that her daughter, Cheryl, was going to take her there. They were always lost, and had many hilarious misadventures, including Dean accidentally locking Cheryl out of the cottage where they were staying. Cheryl had to climb in through a window.

Dean was an accomplished seamstress, making much of her own clothing and that of her daughters. She had a keen sense of humor and a quick wit. Her advice to young brides was to never learn to milk a cow, because then you’ll have to milk the cow. Her mind was sharp up until the end. She was frustrated with her failing body and quipped that Walmart didn’t make parts like they used to. Dean was very disappointed at not getting to have her annual birthday celebration at Calvillos Mexican Restaurant this year. She liked wearing the sombrero.

She could trace her ancestors’ arrival on this continent to the 1630’s in Virginia. As a child of four years, she stayed at the legendary Colonel Charles Goodnight’s home at Goodnight, Texas. He was the co-founder of the Goodnight-Loving Cattle Trail, a former Texas Ranger, and the inspiration for Larry McMurtry’s Lonesome Dove. She said he slept with a revolver under his pillow. Her seventeen-year old brother, Jerry, worked as a cowboy for him.

Arlie passed away in 1988, and Dean sold their farm a few years later. After spending a few years in Albuquerque near her middle son, Randy, and a little time in Richmond, Virginia near her daughter, Carole, Dean moved back to the San Luis Valley for good in 2006.

She was preceded in death by her parents, all of her siblings, her husband of 48 years, Arlie Wood, and her son in-law, Cam Morris.

Arrangements are by Rogers Family Mortuary in Monte Vista. Private graveside services will be held at Monte Vista Cemetery, Saturday, June 13, 1:00 pm. In lieu of flowers, donations may be made to a charity of your choice. If in Texas, donations to Clarendon College are suggested. To express condolences, please visit www.rogersfunerals.com

Special thanks to the staff of River Valley Inn Nursing Home of Del Norte. They took such good care of her. Dean loved it there, and staff members became a second family to her.
Read Less

Receive notifications about information and event scheduling for Claudine

We encourage you to share your most beloved memories of Claudine here, so that the family and other loved ones can always see it. You can upload cherished photographs, or share your favorite stories, and can even comment on those shared by others.

Plant a Tree in Memory of Claudine
Plant a tree 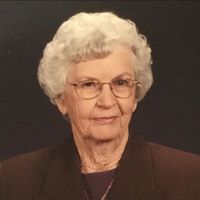