To share your memory on the wall of Brodrick Geiser, sign in using one of the following options:

Following his service to our country, in 2013 Brody enrolled at Eastern New Mexico University under the G.I. Bill. He was a student-assistant coach with the Greyhound football team and helped win the Lone Star Conference Championship. After leaving Eastern New Mexico, he moved to northern Colorado and spent a couple years working in the area. He was most recently employed at Town and Country Auto Mall in Alamosa in the service department

Brody enjoyed building models, hunting, playing video games and being spoiled by his mother. He spent many years on the sidelines of the Adams State football field as the ball boy with his dad.

Brody had a kind soul and had numerous friends. He was so loved and will be greatly missed.

Cremation was chosen and services will be held at a later time. In lieu of flowers, contributions are suggested to the Adams State University Foundation Brody Geiser Scholarship Fund. To express condolences, please visit www.rogersfunerals.com

Receive notifications about information and event scheduling for Brodrick

There are no events scheduled. You can still show your support by sending flowers directly to the family, or planting a memorial tree in memory of Brodrick Jeffery Geiser.
Plant a Tree

We encourage you to share your most beloved memories of Brodrick here, so that the family and other loved ones can always see it. You can upload cherished photographs, or share your favorite stories, and can even comment on those shared by others.

Posted Nov 11, 2020 at 01:18pm
To all the family, I am extremely saddened for your loss. Brody was one of my favorite classmates. Football practices were more fun because he was there. He always added joy wherever he was at. I wish I could say more, but the world lost a joyful bright light!
Cole Sutak
Comment Share
Share via:
RF

Posted Nov 10, 2020 at 10:51am
Jeff, our hearts and thoughts are with you and your family during this painful time. Although I did not have the privilege of knowing your son, many years ago I remember you talking about him. It was obvious how much you loved him. Words cannot truly express the sorrow we feel for you and your family.

Posted Nov 07, 2020 at 12:07pm
Deepest sympathy and condolences for your family. Prayers for strength for the family. Brody will be missed.
Comment Share
Share via:
MB 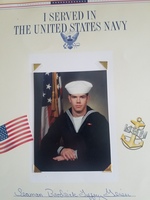