To share your memory on the wall of Andrew Snyder, sign in using one of the following options:

Provide comfort for the family of Andrew Snyder with a meaningful gesture of sympathy.

Ray was one of two children born to George Frank and Nellie Ann Perdue Snyder in Panhandle, Texas. He was born on June 1, 1926. Ray met his cherished wife Precious as a young child, and they grew up knowing one another’s families. They were united in marriage on June 19, 1948 in Borger, Texas after he returned from World War II.

Ray was extremely proud of his service in the United States Army and loved to talk about his experiences in World War II. He was drafted before he graduated from Borger High School and reported for training in September of 1944. He took a bus to Oklahoma City, then to Camp Chaffe in Arkansas. He completed his Basic training at Camp Walters in Texas. Ray was then sent to Fort Meade, Maryland to wait for a ship to take him across the Atlantic Ocean. As a young soldier, Ray enjoyed his few days in Washington D.C. before sailing out of New York harbor on a 12 day voyage to Liverpool, England. Once in England, Ray and his company boarded a train to cross the country to where another ship waited to take them across the English Channel. After landing in Lucky Strike, France, they took another train to Leige, Belgium. The last leg of their journey to the front line was by Army truck. While he had traveled extensively in the United States as a young boy, Ray remembered being fascinated by all the things he saw on his journey to the war in Europe. He admitted to being nervous about finding his way around in strange countries where he didn’t always speak the language. After being injured on the front line, Ray was in a hospital in Paris, France when the war ended. Some of his favorite stories of time spent in the 78th Infantry Division were of his 3 trips across the Remagen Bridge and the time he spent in Berlin, Germany keeping peace at the end of the war. For his service, he was awarded a Campaign Ribbon with 1 Bronze Star, the Good Conduct Medal, an Army Occupation Ribbon – Germany, a Victory Ribbon, and Overseas Service Bars. He also received the Purple Heart Medal for wounds he received in combat on March 12, 1945.

After his military service, Ray went back to working in the home construction industry and eventually started his own company. He built many homes and commercial buildings in Texas, Oklahoma, Louisiana, and Colorado. Wood working was one of his special talents. After retiring as a contractor, he taught himself wood turning to make vases, lamps, and newel posts. The model cars, trucks, and doll cradles he made are cherished by his friends and grandchildren. Ray especially loved to travel and see the world. Trips with his wife, family, and friends to Germany, Alaska, and Hawaii were among his favorite and most memorable trips. In recent years, he especially enjoyed traveling to see his grandchildren and great-grandchildren. Ray treasured the time spent with his extensive family and especially enjoyed the countless Carter reunions held on the Fourth of July for many years. After vacationing in the mountains for many years, Ray and Precious made the mountains their permanent home and moved to the San Luis Valley over 30 years ago.

A visitation will be held from 1:00-2:00 p.m. Wednesday, May 1st at Gateway Baptist Church in Del Norte. A Funeral Service will follow at 2:00 p.m. Interment will follow at a later date. Contributions are suggested to the St. Jude Children’s Research Hospital, 501 St. Jude Place, Memphis, TN 38105.

Rogers Family Mortuary of Alamosa is in care of the arrangements and online condolences for Ray’s family may be made by visiting his obituary at www.rogersfunerals.com
Read Less

Receive notifications about information and event scheduling for Andrew

We encourage you to share your most beloved memories of Andrew here, so that the family and other loved ones can always see it. You can upload cherished photographs, or share your favorite stories, and can even comment on those shared by others.

Plant a Tree in Memory of Andrew
Plant a tree 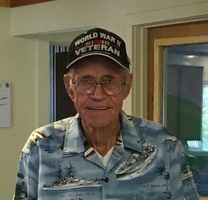 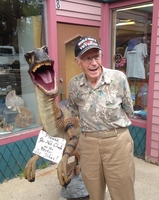