To share your memory on the wall of Alice Robinson, sign in using one of the following options:

Alice was the first-born child of Weldon and Eloise Fogle. She was born on June 17, 1953, in Bloomington-Normal, Illinois. Alice grew up on a farm with her family in Illinois until she was sixteen, when she moved to Denver, CO to live with her grandmother. At age eighteen Alice joined the US Army as a code cracker, a job where she was one of eight women in her field. Shortly after joining the Army she had two children.
Once discharged from the Army, single with two young children Alice moved to El Paso, Texas where she met the love of her life, partner and best friend Jerry Robinson. Alice and Jerry moved to La Jara, Colorado early in their marriage to work the family farm, “Robinson Hay Brokers.” After some time, they left the farm and moved to Denver, Colorado. They never liked living in the big city and so when Jerry got a job in Alamosa, Colorado, they were thrilled to come back to the Valley to make their home. Alice was always busy with children, some hers and many that were not hers, but she still took them under her wing. Throughout the years, Alice loved to read, do puzzles, crafts and ribbing the ones she loved the most. Alice was an outstanding member of the American Legion, Veterans of Foreign Wars, Marine Corp League, Easter Star, and Red Hats Society. Alice loved to talk and would remind those around her to live one day at a time. Her stick with it and never give up attitude was paramount throughout her life.

Cremation was selected and services will be held at a later time. In lieu of flowers, contributions are suggested to the Leukemia Society and may be made in care of the funeral home office. To express condolences, please visit www.rogersfunerals.com

Receive notifications about information and event scheduling for Alice

There are no events scheduled. You can still show your support by sending flowers directly to the family, or planting a memorial tree in memory of Alice Lynn Robinson.
Plant a Tree

We encourage you to share your most beloved memories of Alice here, so that the family and other loved ones can always see it. You can upload cherished photographs, or share your favorite stories, and can even comment on those shared by others.

Posted May 25, 2020 at 03:07pm
Bruce and I were saddened to hear of Alice's passing. I had a nice visit with her last year when we were at the infusion center together. We had a lot of fun together when we worked together. Our heartfelt prayers go out to you, Jerry and all the family. Let us know when services might be held and we will try to attend. Bruce and Kate Prins
Comment Share
Share via: 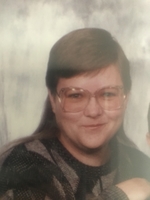