To share your memory on the wall of David Morgan, sign in using one of the following options:

Dave was raised on the Morgan family farm and construction company where hard work, determination, and the respect for God's creations molded him into the person he was. He got into his fair share of mischief with his three brothers. One day waiting for the school bus he got tangled up with a skunk. Too embarrassed to go home and too fearful of punishment, he got on the school bus and went to school where he was eventually sent home for being a distraction.

Dave went to Adam State College, Colorado State University, and Brigham Young University to pursue interests in counseling due to a deep love for helping people. While at Adams State College he walked-on to the football team beating out players who had full-ride scholarships.

At age 22 he joined The Church of Jesus Christ of Latter-Day Saints. He could not wait to serve a 2 year mission. He was called to serve with the wonderful people in the Missouri, Independence Mission. His love for the Gospel and his Savior was evident in all that he did. He held multiple callings in the Church but he always had a special place in his heart for working with children. He was always the first one to volunteer, to visit those in need, and would have given anyone the shirt off of his back. He truly was a friend to all those he came in contact with and never met a stranger. He showed love, kindness, and led by example.

David worked for the Alamosa Valley Courier where every week he wrote articles under the heading, "The Road Not Taken", San Luis Valley Comprehensive Mental Health, The Colorado Boys Ranch in La Junta, CO., The La Junta School District (Counseling), and finally, at Sargent School as the district's Guidance Counselor. His students received millions of dollars in scholarships throughout the years. This was one of his greatest accomplishments. His students received more Boettcher scholars than most schools ever hoped for. Many of this former students would still visit him periodically and many stated that they would not have been able to go to college without his scholarship assistance, direction, or belief in them. He had a passion for education and wanted everyone to be afforded every opportunity possible. His brother Bob noted, "Dave was a life time student and never stopped learning or teaching." The Church of Jesus Christ of Latter-Day Saints also employed him in counseling with members and families in crisis or need. Prior to his retirement he worked for Saguache Department of Social Services where he was a social worker for adult and child protective services.

He is preceded in death by his father, mother, brothers Richard (Chico, CA), and Kenneth (Bloomfield, NM). He is survived by his brother Robert Morgan (Alamosa). His life centered around his children and seven grandchildren: Jennifer Morgan, Christopher (Angela) Morgan, Tiffanie (Robert) Hoover, Heather (Kevin) Reese, and Matthew (Trisha) Morgan. He would tell anyone and everyone about his children and their many endeavors. During the last few years of his life, Dave lived in The Monte Vista Legacy and then the Evergreen Nursing Home in Alamosa due to dementia. Though his mind was failing him he was still the sweet, kind, gentleman he had always been. Though his earthly test is complete, his legacy will live on.

A viewing will be held Friday, November 1, 2019 from 6-8pm at 99 Prospect Ave Monte Vista, 81144 in the Church of Jesus Christ of Latter Day Saints in Monte Vista, CO. Funeral services will be held Saturday, November 2, 2019 at 11am with a viewing from 10-10:45am. Funeral arrangement are in care of Rogers Family Mortuary.
Read Less

We encourage you to share your most beloved memories of David here, so that the family and other loved ones can always see it. You can upload cherished photographs, or share your favorite stories, and can even comment on those shared by others.

Posted Nov 03, 2019 at 03:38pm
Sending our love and prayers for your loss. The Van Treese-Selin family. Debbie, Neal, Sam, Kaylie, Katie and Codie.

Posted Nov 03, 2019 at 03:36pm
To the family of Dave Morgan. What a shock to hear the news of your Dad! I will always remember Dave as the Sargent High School counselor. What a love he had for the students and did everything within his power to help them. What a wonderful, kind man that will be missed in the years to come!

Posted Oct 31, 2019 at 09:40am
You touched so many lives and made a difference! My kids loved you and appreciated you so much! You made them feel they had worth. You will be greatly missed! 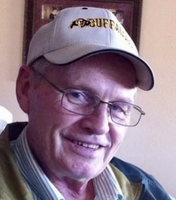 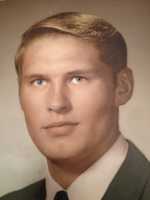 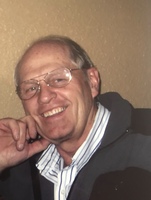