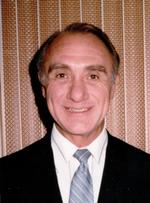 Longtime resident, Dr. Raymond “Sparky” Culp, 80, passed away in his hometown of Del Norte surrounded by family on October 22, 2019. Born to Raymond and Pauline Culp on November 16, 1938 in Duncan, OK, Ray spent most of his childhood living in Chickasha, OK. He grew up visiting his grandparents’ farm in Arkansas where he developed a love for horses and dreamed of being a jockey. He graduated from Chickasha High School where he excelled at tennis, was known as the school prankster, and grew too tall to follow his jockey dreams. Deciding a career in medicine was the next best thing, he attended the University of Oklahoma earning a triple degree in Philosophy, Chemistry, and Zoology in 1960. Ray then attended Baylor College of Medicine in Houston, where he met the love of his life, Barbara “Babs” Amster.

On the day he earned his medical degree in 1964, Ray married Barbara and promptly moved her to Dallas to start his rotating internship at Methodist Hospital. In 1965 the couple moved to Baltimore where Ray began his psychiatric residency at the University of Maryland Hospital. Ray then joined the United States Air Force from 1968-1970 during the Vietnam War to serve as Chief of the Department of Psychiatry at Dover AFB Hospital in Dover, DE, earning the rank of Captain. During their time in Dover, Ray and Barbara developed a love for the outdoors taking their station wagon and family golden retriever on camping trips every weekend. After the Air Force Ray and Barbara moved to Fairfax, VA, where Ray taught as Supervising Psychiatrist at the Northern Virginia Mental Health Institute and started his private practice of psychiatry.

In 1971, Ray and Barbara welcomed into their life their first of two sons, Brian. They lived on a two-acre ranch with some horses, infusing Brian with the same love of animals and the outdoors as his parents. In 1973, Ray decided that Colorado was the best place to plant long-term roots, moving the family to Del Norte to be closer to the outdoors and become the first ever board certified practicing psychiatrist in the San Luis Valley. The move allowed the family to enjoy even more activities, taking up hunting, fishing, hiking, nordic and downhill skiing, dirt-biking, and endurance horse racing. In 1978, Ray was appointed as the Medical Director of the SLV HMO, eventually expanding his role to Medical Director of the Pueblo HMO, all while continuing his private practice. In 1981, the family welcomed their second son, Bonner “Cody”, again instilling that same love for the outdoors.

An entrepreneur at heart, Ray then became a principal founder, president and CEO of Qual-Med, Inc., an offshoot of the SLV HMO. After stepping away from Qual-Med in 1991 Ray then pursued one of his life-long dreams, founding Inward Bound Retreat, Inc., which served as a therapeutic small group outdoor retreat, where under his personal guidance and being more in touch with nature, people would be encouraged to achieve insight and perspective on their lives. Continuing to follow his entrepreneurial spirit, in 1995 Ray and his son Brian started and operated a successful commercial cattle ranch in La Veta, CO for 21 years.
Ray loved his SLV community; he was instrumental in the initial design and operation of the SLV Medical Clinic in Alamosa where he served as Medical Director in the 1990s and early 2000s, and the Rio Grande Hospital in Del Norte in 2004 where he continued his private practice until his retirement in 2012. One of his endeavors in which Ray took most pride in was the preservation and restoration of the historic 1874 Windsor Hotel, a cornerstone to the history and community of Del Norte. In 1993, Ray and Barbara rescued the hotel from demolition and through their efforts and the efforts of countless others over the span of 20+ years, the hotel is once again a thriving centerpiece, helping preserve the character and prosperity of the town. At some point through all of this, Ray earned his pilot’s license just for fun.

Ray loved his family, his friends, his community, his adventures, his practice, travel, and he loved dessert. He was soft spoken yet had a commanding presence and was always quick with a joke or a story. He had a thirst for knowledge and always had a desire to please. His love, charm, and his infectious smile will be forever cherished.

There will be an open casket viewing at the Mortuary on Monday October 28th, 2019 from 4:00 pm-8:00 pm. The memorial service will be held at Pioneer United Church, 630 Spruce St, Del Norte on Tuesday October 29th, 2019 at 11:00 am, followed by a reception at The Windsor Hotel, 625 Grand Ave, Del Norte, 12pm-3pm. Rogers Family Mortuary, 404 Morris St, Monte Vista is in care of the arrangements. In lieu of flowers, contributions are suggested to the Rio Grande Hospital Foundation or to the Davis Phinney Foundation and may be made in care of the funeral home office. To express condolences to the family, please visit www.rogersfunerals.com